JOIN THE FOOD AND AGRICULTURE TRANSFORMATION

Join a dynamic ecosystem of agro- and food pioneers

​ENVOLVE is an innovation ecosystem where we connect, catalyze and combine actors ranging from innovative agtech, foodtech and carbontech ventures to large traditional industrial corporations. ENVOLVE is run by the Enterprise Unit at the Municipality of Falkenberg, Sweden. The is mission to create a fast-paced and dynamic environment where ENVOLVE serves as an ecosystem platform orchestrating transformation in the food and agricultural system. It is a platform for companies to "test before invest" and provides a virtual infrastructure, a physical infrastructure for all societal actors to integrate and innovate.

The long term vision is to make Halland and Falkenberg a more resilient and futureproof place with a vibrant agro and food ecosystem of innovation and change for a better future.

To take it down to earth, we have formed a number of ecosystem nodes for agro-tech and food-tech companies and organizations to enter. We have identified some core nodes that will leverage change in the system. The nodes are listed below. Please contact us if you want to join in on the work in any of the nodes or suggest a new ecosystem node in the ENVOLVE project ecosystem. 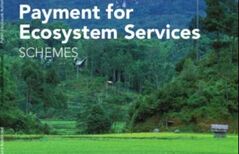 Investments connecting commercialization to capital. Creating new ways to adress the agricultural challenges and financing for new innovative ways of tackling the interrelated food and climate challenge. This work is preparing for development of a public-private partnership. (PPP). ​

Agriculture powered by automation, A.I., machine learning and robotics. In this node the Envolve ecosystem have actors such as robotics companies and large organic growers working for transitioning the organic produce production to autonomous and less dependent on heavy duty equipment. For companies wanting to access knowledge and competence in the realm of artificial intelligence, we have a collaboration with prominent researchers, software and business developers from Swedish University of Agricultural Sciences, Halmstad University and the hub of AI.m Halland. 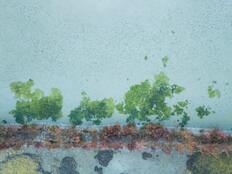 Farming in marine environments is key to food security around the globe. Seaweed is a source for nutrients, but also pharmaceutical and nutraceutical applications. Opportunities for co-locating with emerging offshore windpower farms and fishing harbours makes our region a perfect spot. Blue Fields, KOBB and OX2 are active node partners. Creating a fossil free farm requires a fundamental stift away from diesel to to an electrified future of transport, field work and farm logistics. In this node, transport solutions actors and traditional food industry actors are joining forces to transform the supply chain. Here, a leading European transport solution provider and Berte Qvarn AB are active node partners.

Next generation meat with less climate impact. Here, Envolve ecosystem actors are producing beef with a positive impact on biodiversity and energy input. Their farming is using a holistic management approach, harnessing carbon and nutrients in the grazing land. The protein company Mycorena is currently ramping up their production via a production facility in Falkenberg producing fungi-based meat replacement.  Here Falkenberg Municipality, Berte Qvarn and Mycorena are active node partners through the project LIFE RE:FOOD co-funded by the European Commission LIFE program.

Local food producers in the Falkenberg food cluster are continually bringing together the local prime raw materials for their gastronomical wizardry. The local actors are connecting to a global community of chefs and cultural influences. By bringing in the power of grocery chains such as ICA, there is also a possibility to reach the mainstream consumer. The municipal company Destination Falkenberg AB and Falkenbergs Skafferi network are active node partners.

The Envolve ecosystem actively build and facilitate the formation of a digital innovation hub to facilitate the transformation towards web3 and connectivity. Active partners are the energy company Falkenberg Energi AB where a long range wireless area network LoRaWAN is being utilized and provided for IoT ag tech applications to be tested. The local data center at GleSYS has all the web3 and computing capacity needed for the next generation of data-driven agriculture.

“You never change things by fighting the existing reality.
To change something, build a new model that makes the existing model obsolete.”
― Buckminster Fuller